Availability and price of models

The DJI have recently released a brand new drone that is basically a hybrid of Mavic Pro and Spark. As the company seems to take another aim to dive into the under $1000 drones consumer market. They have introduced the Mavic Air as an ultraportable and compact drone for beginners and travelers. Both of these drones also makes amazing choice for traveling around the world.

While the Mavic Air follows the same foldable concept of its grand sibling, it has received several upgrades such as additional obstacle avoidance detection system, better image processing technology and several tidbits that the Mavic Pro doesn’t have. It is also important to note that both have became a contest of which one is a better pick for beginners.

As you can see both DJI Mavic Air and Mavic Pro comes in different size and folding style. While it is clear that both drones are built and designed for people who travel around a lot. They makes the perfect opporunity for you to just store in your backpack. When you are walking down the beach just to meet the perfect golden sunset moment. You wouldn’t want to miss that chance without taking an aerial shot with either DJI Mavic Air or Mavic Pro.

The two important factors that decides the size, portability and weight of the drone is how easy it is to carry a drone. Secondly, how easy it is to fly a drone. While the Mavic Air is overall smaller than DJI Mavic Pro, weighing around half of its grand sibling’s weight. The launch time for Mavic Air takes approximately 25 seconds while Mavic Pro takes an average of 31 seconds to activate.

Not only these two drones are compact and portable. They features propellers that uses aerofoil technology which allows it to be folded and unfolded. This lets the remote pilots like you easily store in the case without any issues and create space for more accessories. Its small size allows you to travel around without becoming fatigue easily. However, we choose the DJI Mavic Air because its very portable, lightweight and easy to travel with.

Professional drone pilots will find themselves picking Mavic Pro over Mavic Air due to longer flight time. The DJI Mavic Pro battery lasts for up to 27 minutes. Realistically, you will be able to fly for up to 23 minutes most of the time. I recommend buying an extra battery or two to prolong your flight sessions.

The DJI Mavic Air battery only runs for up to 21 minutes, which is 6 minutes less than what Mavic Pro drone brings to the table. If you were to take DJI Mavic Air, you will have to purchase few more batteries that will last you at least two hours or so.

Having a drone that is reliable over large distance is utmost to all remote pilots. The DJI Mavic Pro uses OcuSync systems which is unique and only available to the Mavic Pro series. Unlike the Wi-Fi signal that the DJI Mavic Air uses, the OcuSync allows automatic channel switches and provides focused communication between the drone and remote controller. Thus, the DJI Mavic Pro easily have a control range of 7,000 meters and an altitude of 5,000 meters.

DJI Mavic Air on the other hand uses enhanced Wi-Fi signals which is a bit of disappointment. Because it uses Wi-Fi signals, the signals isn’t focused compared to the OcuSync feature that Mavic Pro uses. The DJI Mavic Air has a control range up to 4,000 meters and an altitude of 5,000 meters. On the product page, they market DJI Mavic Air with a maximum flight distance of 10,000 meters. But realistically, you will be able to fly up to 1.25 miles to 2 miles before losing signal. In this case, the DJI Mavic Pro wins.

Images is what brings your audience attention. In fact, both DJI Mavic Air and Mavic Pro are among the best choices for photographers according to this article. But if you are a photographer, you might be divided which type of drone to choose from. It is important to keep in your mind that you still can produce amazing aerial shots with either drone. The only difference is the time of post-processing edits.

It is a no wonder that the DJI Mavic Air obviously have better photography quality compared to DJI Mavic Pro thanks to enhanced HDR technology and stabilized 3-axis gimbal camera. In addition to that, the Air can produce a stunning 32MP panoramic sphere shots. Out of all these features that the Air can do, the Mavic Pro lacks the HDR and ability to produce panoramic sphere shots.

While the DJI Mavic Pro is an “old guard” the Air introduces series of latest upgrades and features. It isn’t only limited to camera quality improvement, but the Air features rear obstacle avoidance detection system. Furthermore, its flight autonomy system has been improved that reads and maps objects in real time. The DJI Mavic Pro currently only can performs set of intelligent flight modes except gesture mode feature.

On the other hand, you also have the option to choose a reliable drone with a large control distance and long flight time. Its camera quality isn’t the same as the DJI Mavic Air. But with post-processing edits through Lightroom and Photoshop. It is easy to transform any aerial photography into a top-notch masterpiece that will grab your audience attention. As long as you have experience in Lightroom and Photoshop, the quality of image doesn’t matter as long as you strike the right balance.

Check what we think about drones
9.4Expert Score
Mavic Air

An outright flying beast. The DJI Mavic Pro boasts impressive flight distance with reliable control thanks to OcuSync feature. This drone is among one of the most popular choice for travelers because it is a very reliable quadcopter. Even though it doesn't have the features that DJI Mavic Air does, the Mavic Pro offers beginners and travelers a wide flying freedom.

Detailed comparison of these drones. 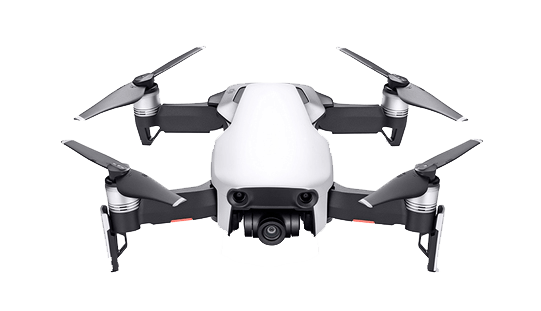 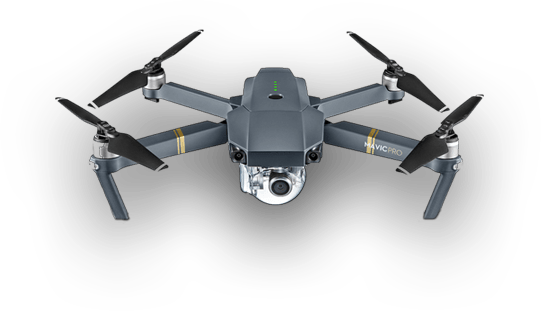 Speed SupportedFlying Speed in K/PH
68
VS
65
Intelligent Flight ModesAbility to fly intelligently
VS
Obstacle Avoidance DetectionAbility to avoid objects
VS
Video QualityBitrate
100
VS
60
Camera QualityQuality of Image
12 MP
VS
12 MP
HDR TechnologyReduces noise and enhance image quality
VS
Gesture ModeAbility to control the drone via gestures.
VS